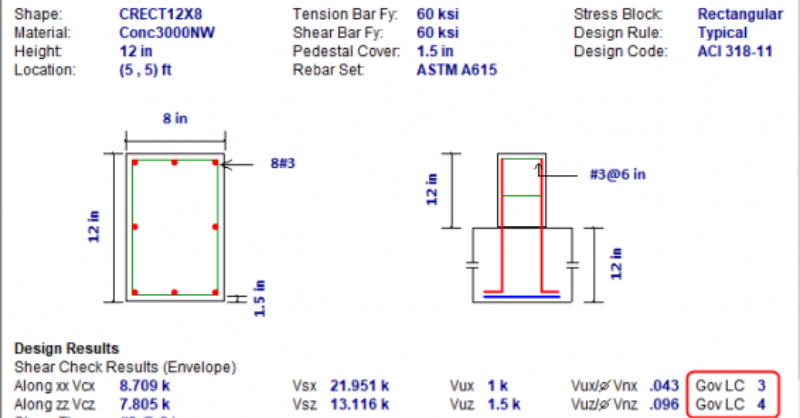 For concrete column members, the load combination producing the maximum shear code check is reported in the Detail Report and corresponding Results spreadsheet. Since concrete is evaluated based on a batch solution, this can be useful when shear governs the design. 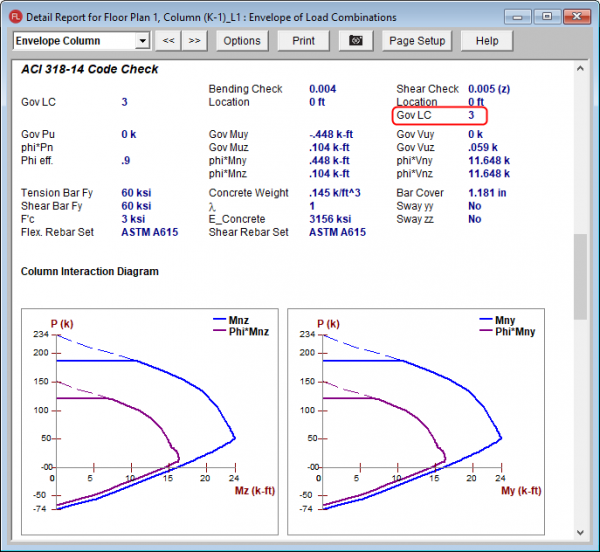 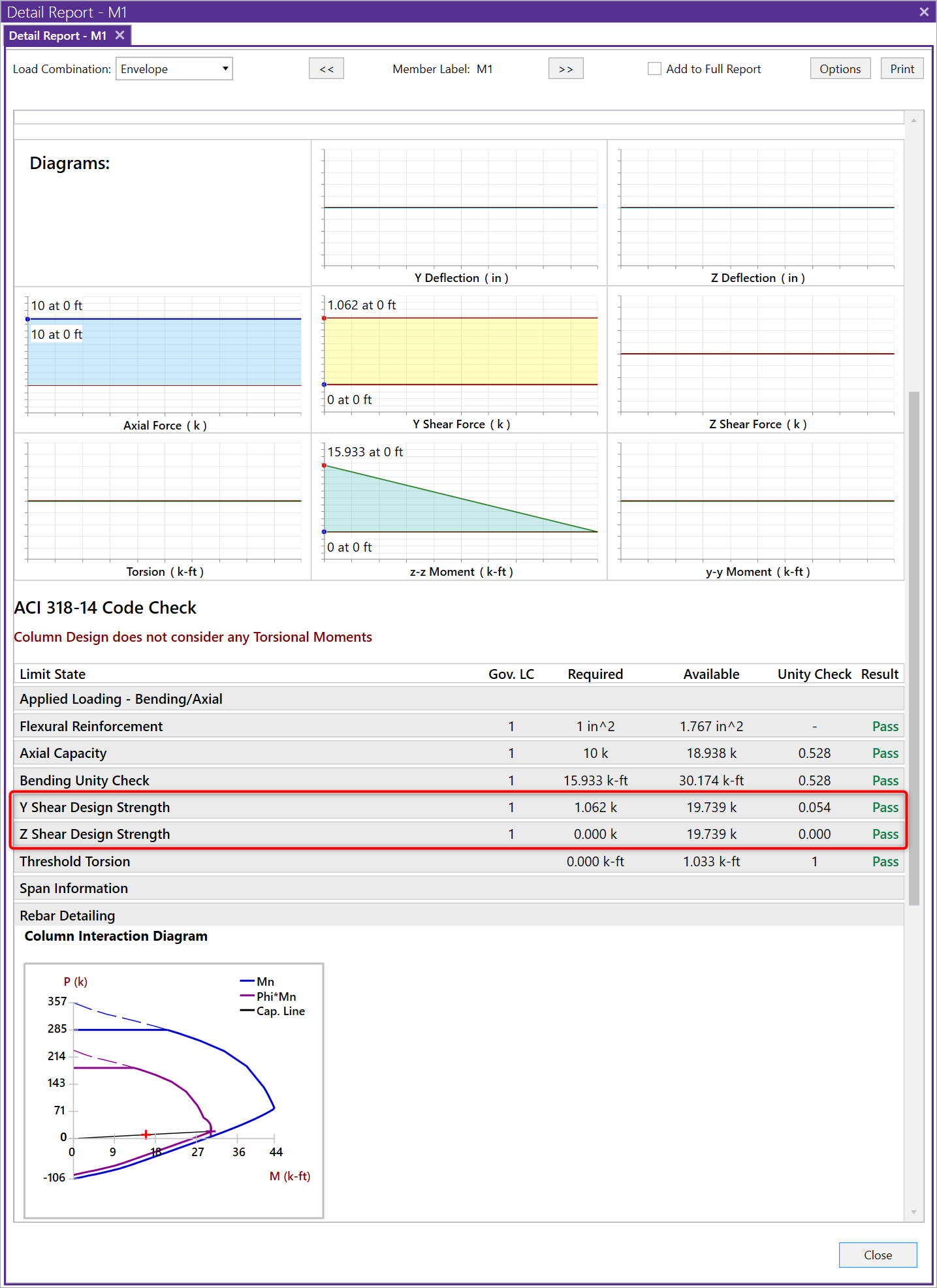 Shear is checked in both the local y- and z- directions, so the reported load combination in RISA-3D and RISAFloor might not necessarily correspond with the highest applied shear force. This is because the shear capacity can differ in each direction based on the geometry of the column.

For pedestals in RISAFoundation, the load combination producing the governing shear check can be found for both pedestals drawn as part of a slab element and pedestals that are designed as part of a footing support type.

In addition, the pedestal detail report will show the governing load combination for the shear check in each direction.

In addition, the pedestal detail report will show the governing load combination for the shear check in each direction.

The governing load combination for each shear direction can also be seen in the pedestal design portion of the footing detail report.

Wall Panel Forces Spreadsheet The power of RISA is the easy to access output. The Wall Panels have all the calculations and forces displayed in the Detail Report and now the new Wall Panel Forces gives you a quick way to get all the forces across the base of the wall. This new spreadsheet can be found in the Data Entry toolbar or the Results menu. Masonry Wall Summary Report The Masonry walls now have a Summary Report in the Detail Report. This gives you all the information on the wall, drawing of the wall with regions and openings, and results for the unity, reinforcement and lintels…

RISA-3D v14 introduced envelope detail reports for all material members. This means that you can see the enveloped solution (force diagrams and governing code check values) in the detail report for each member when you solve either an Envelope or Batch + Envelope solution type. This is available for the following material types: Hot Rolled Steel Cold Formed Steel Concrete Aluminum Wood General If you have solved a Batch + Envelope solution, you can scroll through the individual load combination results and the Envelope results using the drop down menu on the upper left of the detail report. When you open an enveloped detail report, you will see enveloped force diagrams and the governing load combination reported for each code check. You can click on any force diagram to open the interactive force diagram which also shows the enveloped values…