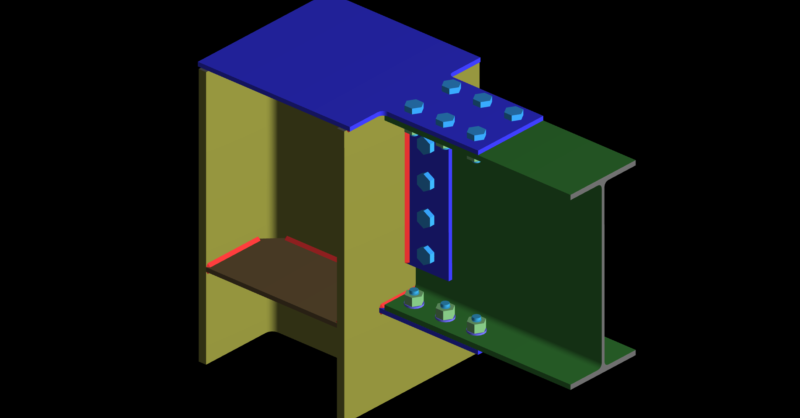 RISAConnection v11 now includes the ability to design Column to Beam Column Cap Flange Plate Moment Connections according to AISC 360. This widely requested feature allows users to define the beam as a wide flange and the column as either a wide flange, tapered wide flange or HSS tube. To begin, choose the connection type from the Moment > Flange Plates connection category. 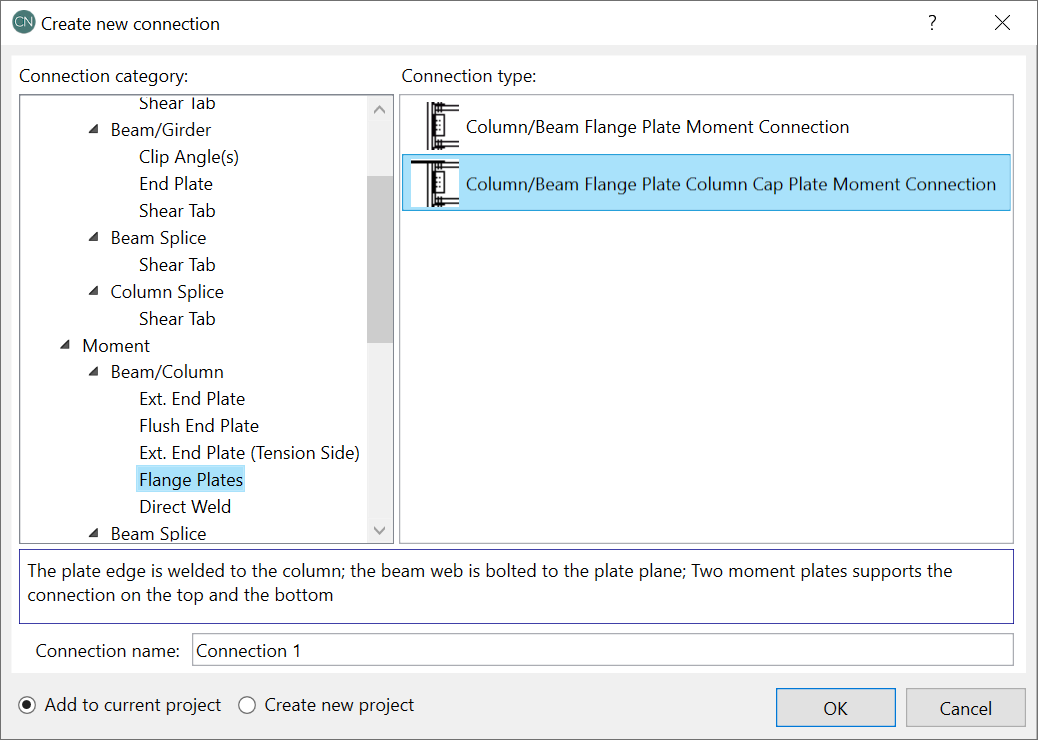 The basic theory behind flange plate moment connections (including the ones that already exist in RISAConnection) is that the moment developed within the beam is transferred as a force couple through the beam flanges into flange plates. These flange plates, in turn, transfer this force into the column through welds to the column flanges. 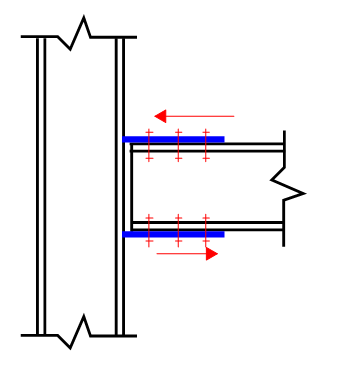 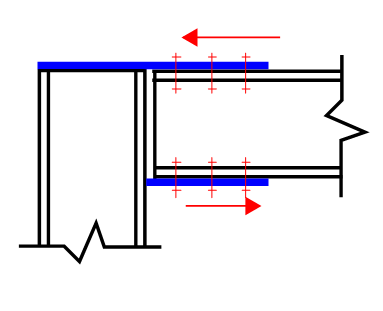 In this configuration, the following assumptions are made: 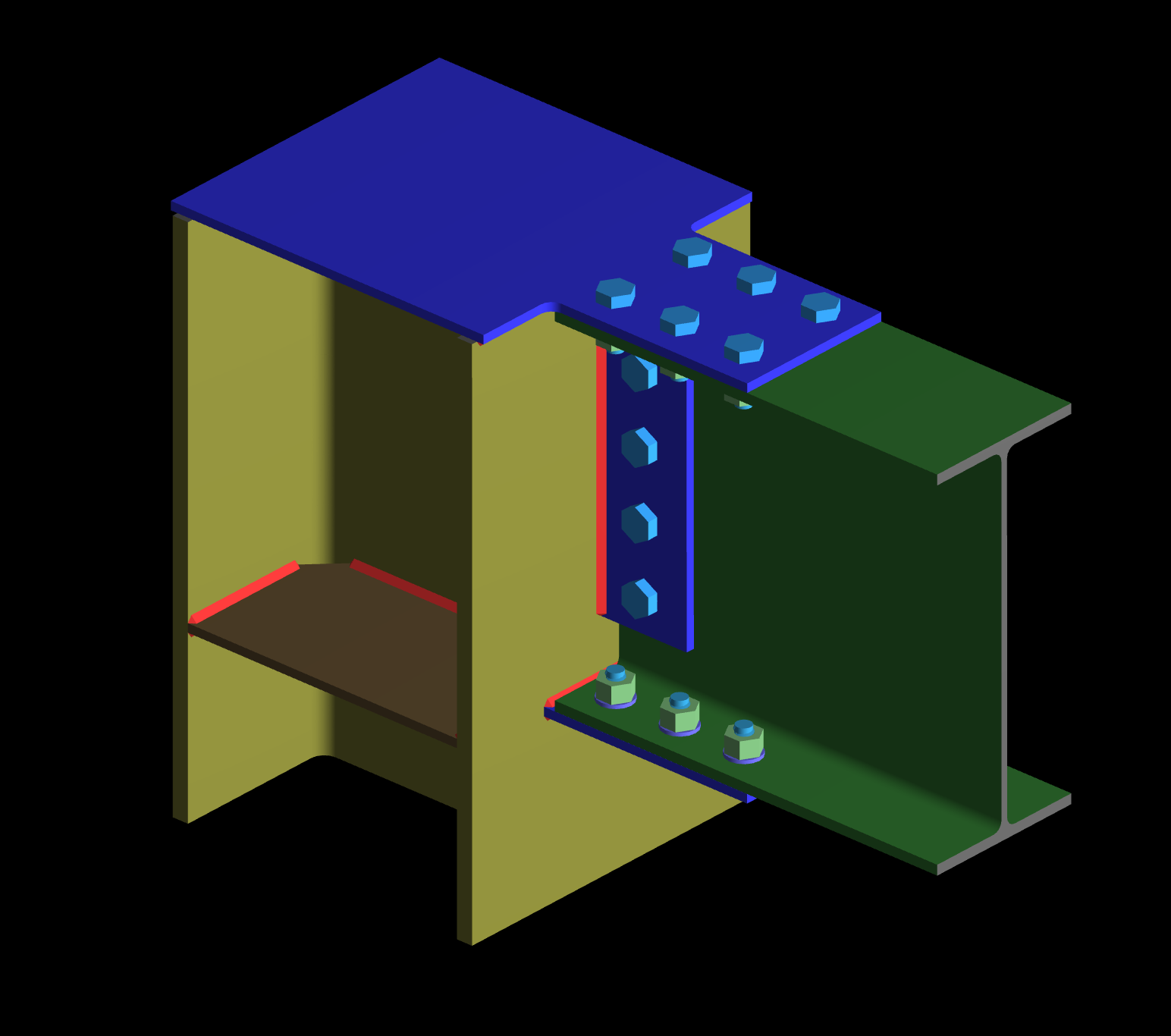 You may now design a Brace to Column Base Plate Connection in RISAConnection v8. This connection type combines the original single column base plate with a gusset from a connected vertical brace member. The connection allows tapered or rectangular gussets that frame into either the column flange or web. The location of the workpoint may also be adjusted to match your exact geometry. The distribution of loading from the brace to the column and base plate is calculated per the AISC Design Guide 29: Vertical Bracing Connections – Analysis and Design section 4.3. The connection is designed by checking each applicable limit state at each sub-connection interface: the brace to gusset, the gusset to column, and the base plate…

What are Web Doubler plates used for in RISAConnection?

For moment connections in RISAConnection there is an option to place web doubler plates on the column web. These plates act as a reinforcement for the column web to prevent panel zone shear failure. As shown below, when the flanges of a beam in a moment connection connect to a column they form a force couple which causes the column to kink. If the column web is too thin to handle that kink then it will fail through tearing or buckling. In order to prevent this failure on connections which have a high amount of panel zone shear you can use web doubler plates. These plates are applied directly to the web, and welded all around. When using these plates they are considered to increase the column web thickness, which in turn increases the panel zone shear capacity significantly. As an engineer be sure to use these web doublers only when absolutely necessary though. They are very expensive to fabricate, and often a design featuring a column with a thicker web is ultimately cheaper…