The steps below illustrate the workflow for SCBF capacity-limited design in RISA-3D. For more information regarding design of BRBF in RISAFloor and RISA-3D, please refer to the following article:

Available codes for the capacity-limited design of members include: 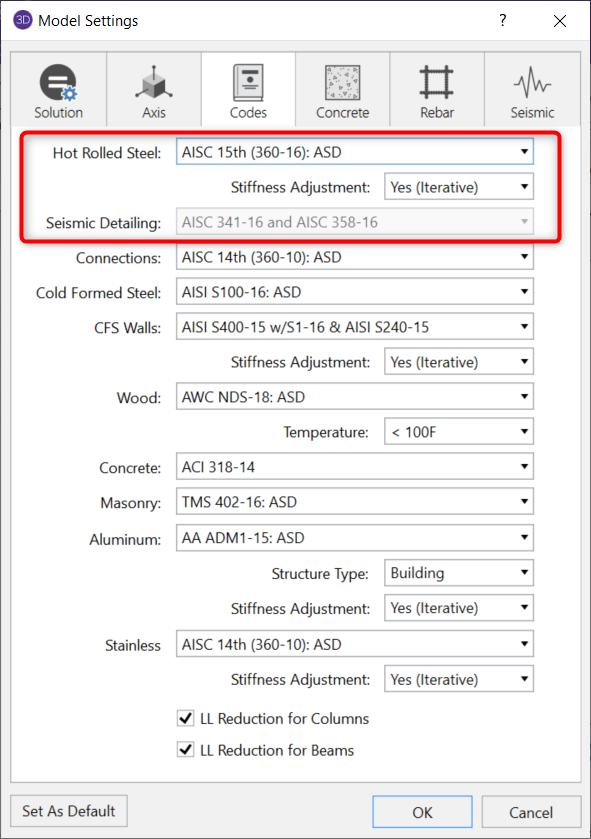 Whether you’re integrating your model from RISAFloor or if you’re creating your model natively in RISA-3D, you will need to be sure to assign the proper seismic design rules to your members for capacity-limited load combinations to be considered. You can define your seismic design rules in the Seismic Design Rules spreadsheet, and assign the defined rules to members within the Properties Panel under the Design Properties section. 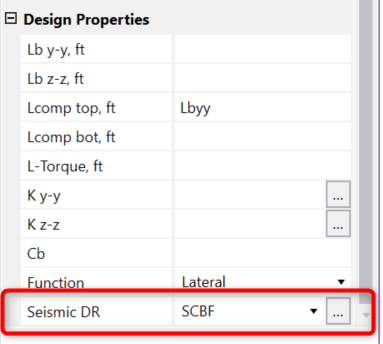 A comprehensive list of seismic design rules can be found in the Seismic Design Rule spreadsheet. A critical component in the designation of Seismic Design Rules is the Frame Type. In order for the braced frames to be designed according to the capacity-limited design, the SCBF or BRBF frame type must be selected.

Capacity-limited load combinations can be generated automatically using the Load Combination Generator or you can manually enter in the Basic Load Case with the option to consider the Capacity-Limited Design checked. 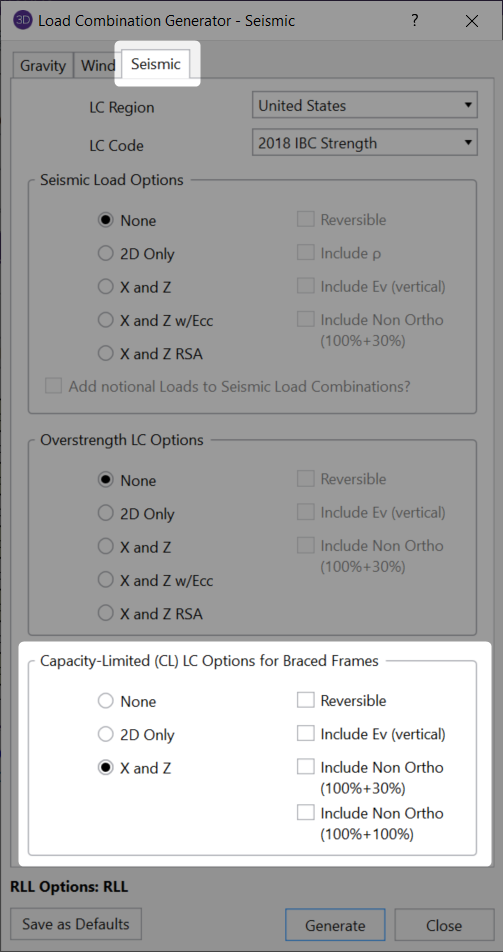 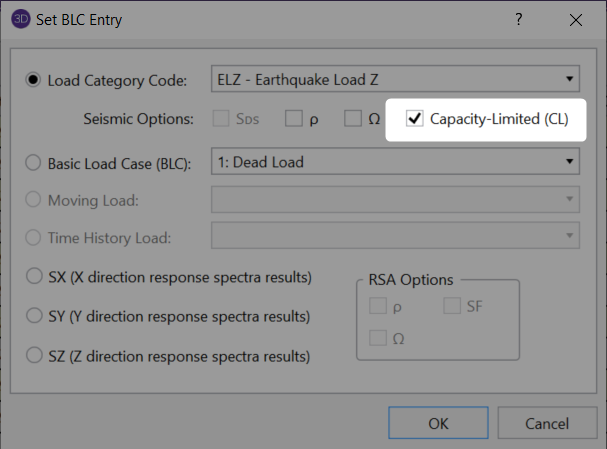 Analysis of the capacity-limited considers two scenarios for each load combination: 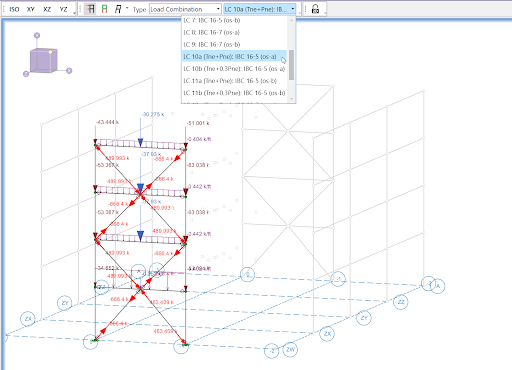 With the implementation of the capacity-limited design, beams and columns are able to be optimized for special concentric braced frames. This also includes the consideration of unbalanced forces on the beam in the V and inverted V braced frame configuration.

The ability to design buckling restrained braced frames has been added to RISA-3D when you integrate your model from RISAFloor. In collaboration with CoreBrace, this new feature came as part of the release of RISA-3D v19.0.0 and RISAFloor v1500…

Before reading this, be sure to check out the article linked below on X-Bracing. In RISA-3D, you can set a member to be tension-only by selecting it and selecting Tension Only or Euler Buckling from the Additional Properties section of the Member Properties. Link: Tips & Tricks: X-Bracing In the example below, if the braces are set to Tension-Only, the model will register as unstable: Under gravity loading the elastic shortening of the columns will cause some elastic shortening of the braces. This means that each brace is slightly compressed (with about 50 lbs of axial force). When the braces are set to Tension Only they are not allowed to take any compression at all, so they are both ignored during the solution, resulting in an unstable frame. By setting the braces to be Euler Buckling instead of Tension Only, the program will allow these braces to take compression only up to their Euler Buckling limit, which is enough to compensate for the elastic shortening. If any significant compression enters the brace it will still be ignored during solution…

The ability to design buckling restrained braced frames has been added to RISA-3D when you integrate your model from RISAFloor. In collaboration with CoreBrace, this new feature came as part of the release of RISA-3D v19.0.0 and RISAFloor v15.0.0. The purpose of buckling restrained braced frames is such that the brace is used as a fuse to dissipate energy during a seismic event. The buckling restrained brace is composed of a steel core and a concrete case. These members are advantageous because the concrete case increases the buckling capacity of the steel core. This enables a more efficient and economical design. The integration of RISAFloor and RISA-3D fits well with the split gravity and lateral design requirements for the BRBF system. The framing members such as columns and beams can be designed in RISAFloor under gravity loads to meet the requirements of them resisting gravity loads without BRB braces. After the model is directed to RISA-3D, users can add BRB braces to perform the lateral load design for the whole system. The buckling restrained braces can be accessed and assigned through the Hot Rolled Steel shape database by selecting the CoreBrace from the Database dropdown menu and selecting BRB as…