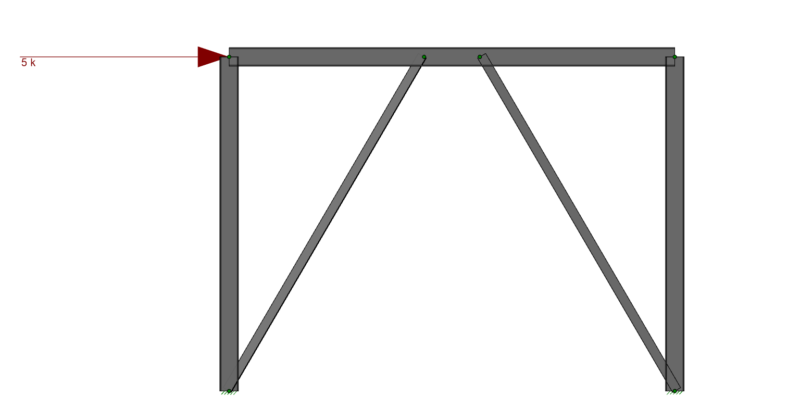 What are the Unbalanced Forces on Beams?

V-Brace frames in RISA-3D seismic design have unbalanced forces shown on both the beams and braces. As brace frames displace under lateral loads, one brace will buckle and its force decreases while the other brace in tension will have an increase of force until it reaches yield.

The beam and connections must have enough strength to resist this unbalanced vertical force. The brace forces are shown in the beam and brace detail report as well as the resultant unbalanced force per AISC 341-10 Section 13.4.

RISA-3D does not automatically apply these forces to the beams. To account for the unbalanced vertical force in your model, you can apply these vertical point loads in RISAFloor without the braces present.