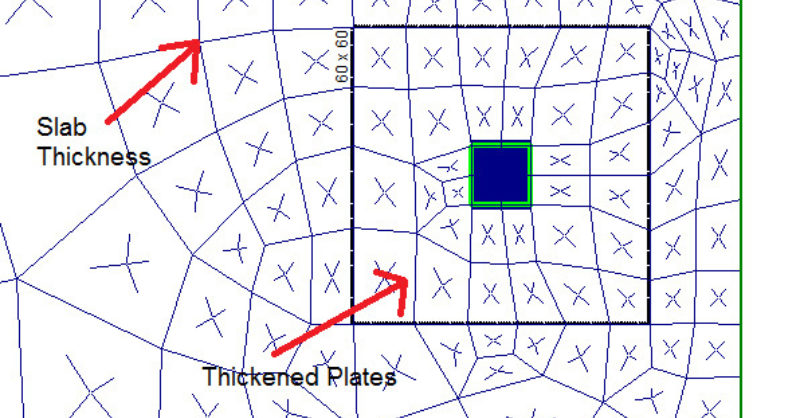 How do you add Shear Caps to columns?

Per the ACI, you can add a Shear Cap to your column to increase the shear strength of the slab. In RISAFloor ES two-way slabs, adding a shear cap will thicken the plates around the column automatically. The Shear Cap will affect the Punching Shear and the One-Way shear calculations. 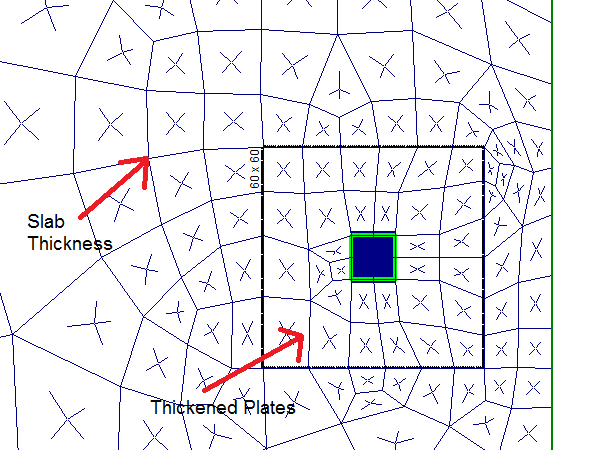 As you draw the columns in RISAFloorES, there is an option to include a Shear Cap. The thickness is measured from below the bottom of the slab. The Depth and Width are based on the column definition and local axis. 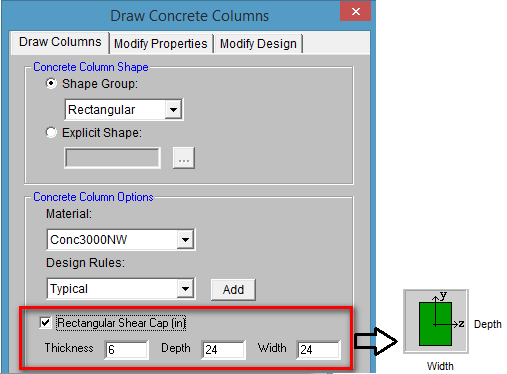 It is common to model without Shear Caps and only add Shear Caps as they are needed. You can add Shear Caps to the columns at any time from the Windows menu- Modify – Columns. This allows you to create a Shear Cap on an existing model and shift the Shear Cap eccentrically. 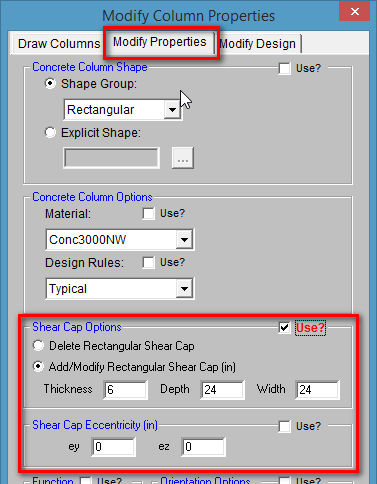 You can also modify the Shear Cap in information is stored in the Columns spreadsheet. The eccentricity is defined based on the column local axis. The picture below shows a Shear Cap that is shifted eccentrically by 12 inches in the ey and ez directions.

This video tutorial, showcases all the methods to create a thickened slab in RISAFloor ES. This includes drop panels, shear caps and multiple slabs…

In RISAFoundation v8, you can add a shear splice between slabs so that it acts like a hinge. This is useful for modeling the effects of shear keys or dowel joints between slabs…